Shameless plugin: We are a data annotation platform to make it super easy for you to build ML datasets. Just upload data, invite your team and build datasets super quick. Check us out.

In the era of smartphones with phones loaded with 1, 2, 3 or even more cameras, images (and videos) have become the de-facto way for users to interact with the social media.

Almost all user-generated content like reviews on Yelp or TripAdvisor, posts on Instagram and Facebook, forwards on WhatsApp etc, everything is increasing more and more images. A recent 2017 stat, approximates around 350 million images uploaded per day on Facebook alone. That is a gigantic number of images and that, coupled with the rise of trolls, cyber bullies, and spam, is a dangerous place for the world to be in.

If your website or app allows user-generated content (UGC) like reviews or posts which might include images, the problem is very real, where a troll can upload sexually explicit or gruesome photos and have it publicly visible on your site, bringing a lot of user backlash or worse, legal liability for you.

A common way companies deal with this is via moderation, where every piece of UGC is manually verified by a human elevator and only then, allowed to be visible on the website/app. Many companies employ dozens of moderators who keep filtering UGC day-in and day-out. Having a team of moderators is both expensive financially and slow, as a typical piece of content might take a few hours before being moderated.

In the last few years, there is a new way technology companies are dealing with this menace via machine learning and using ML algorithms to detect objectionable content (also sometimes called “not safe for work” NSFW content) and auto-moderate UGC. Some content which is still not confidently classified (mostly is a tiny fraction of all the UGC content) is routed to the human moderators for a final verdict. This makes it much cheaper and faster to do moderation on large scale.

Since developing the tech to build such ML solution is a complicated task, big tech companies like Google, Microsoft or small upstarts like Clarifai provide APIs to do this for you. Since most of these APIs provide a similar functionality we wanted to test the effectiveness of these APIs w.r.t each other, specifically for detecting adult or sexually explicit content in images. We compared the performance of moderation APIs for AWS rekognition, Microsoft moderation services, Google vision and Clarifai.

Dataturks or I have no affiliation with any of these providers (except that in the past I have worked at Microsoft and Amazon) and we have tried to be completely unbiased third party who just wanted to independently evaluate how these APIs stack up.

Flagging user uploaded images as having adult/sexually explicit content, so that only safe images are approved, the one with nudity etc are automatically removed and the ones which are not classified confidently are sent for manual evaluation.

Here is the open-dataset we used: (Open to download) 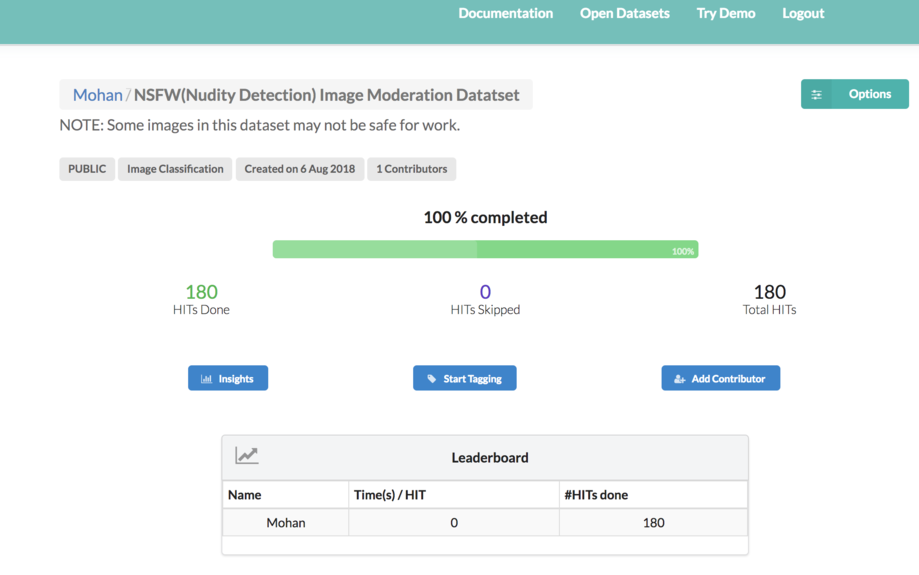 An example data-item from the dataset 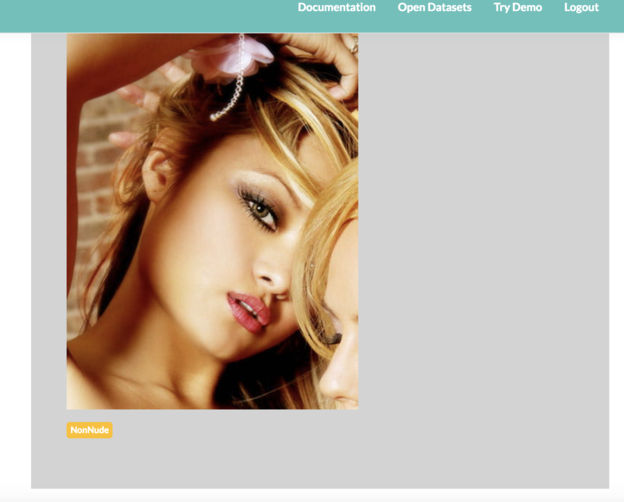 Our assumption of a correct classification is w.r.t how a human would classify the same image. We are interested to see how much manual moderation can be off loaded to these APIs. Also, there are cases below where its very subjective to decide if the image is NSFW, and we leave it up to you to decide if the API response for these cases was correct or not.

Below we are not showing the sexually explicit images as that may be not safe for work for many of you. However here is how you can access the image if you want to, each image below is referred by its name ex: “nude12.jpg” and all these images are present in our S3 bucket, which you can access at: https://s3.amazonaws.com/com.dataturks.imagemoderation/IMAGE_NAME.jpg.

So, for example, an image named “nonnude26" can be found at https://s3.amazonaws.com/com.dataturks.imagemoderation/nonnude26.jpg

Examples of safe images in the dataset:

Examples of explicit images in the dataset:

During testing of each of these APIs, the primary concern was to look for these values, (1) True Positive (TP) : Given a safe photo, the API correctly says so, (2) False Positive (FP): Given an explicit photo but the API incorrectly classifies it as safe. (3) False negative (FN): Given a safe photo but the API is not able to detect so and (4) True negative(TN): Given an explicit photo and the API correctly says so.

Ideally one would want a 100% TP rate and 0% FP. Any amount of FP is really harmful and can cause explicit photos being publicly published on your app. A higher value of FN can make the system ineffective by increasing the load on your moderators unnecessarily.

We have made the code and dataset freely available for anyone to validate the results.

The best standalone API is from Google with a precision of 99% and a recall of 94%. As can be seen from the above, most of the these APIs work well, with precision values being in the late 90s but given the context of the problem even these precision rates may not be foolproof for many use cases.

We also tried to do a combination of two or more of these APIs to find the best possible solution for the moderation problem. From our dataset, it seems like combining Google and AWS APIs gives the best performance. Even then 10% of safe images need to be manually verified to make a foolproof system.

This API classifies an explicit image as “adult” or “racy”, both of which we took as NSFW class. Here are some of the images where it wrongly classified safe images to be explicit:

This API classifies an explicit image “likely”, ”possible”, ”very_likely” all of which we took as NSFW class. Here are some of the images where it wrongly classified safe images to be explicit:

This API classifies an explicit image as “explicit nudity”, “nudity”, ”suggestive” all of which we took as NSFW class. Here are some of the images where it wrongly classified safe images to be explicit:

This API is Clarifai nudity model, which returns a NSFW/SFW class confidence values and they suggest a NSFW value greater or equal to 0.85 to use it as NSFW and value of NSFW less than or equal to 0.15 to use it as SFW. It keeps a huge range of values between 0.15 to 0.85 where the state of the image in unknown (and hence low recall) Here are some of the images where it wrongly classified safe images to be explicit:

There were no explicit images which were classified as safe.

Here is one image which each of these APIs classified as NSFW but was manually evaluated as SFW. Maybe it depends on how cool a “workplace” we are talking about, would love to hear how according to you do you see the below image.

We also measured the API response times, which can be a factor for you to decide which API to choose. Since response times can have many factors influencing them hence the below numbers should just be used as a ballpark and not as actual values. The below stats are based on 180 calls per API from a Linux laptop running Ubuntu.

One thing to note is that all these APIs accessed images uploaded on Amazon S3 hence an AWS API would have an unfair advantage w.r.t accessing a S3 image hence possibly the lower response time for it.

API wise, all these APIs were pleasant to use and easy to integrate with apps. But a major drawback with AWS rekognition is that it only accepts images as S3 objects (or as an upload of base64 encoded image data), unlike Google, Clarifai or Microsoft moderation services who gracefully work with images stored anywhere on the web by just passing a URL to the image.

Here is the open-dataset we used.

If you like this piece, here is our blog on the comparison of best face recognition APIs

If you have any queries or suggestions I would love to hear about it. Please write to me at mohan@dataturks.com.

Shameless plugin: We are a data annotation platform to make it super easy for you to build ML datasets. Just upload data, invite your team and build datasets super quick. Check us out.

We will email you the dataset and code.